Nitrase Therapeutics: Story of a scientist turned entrepreneur whose persistence led to the discovery of a new class of enzymes and potential therapeutics 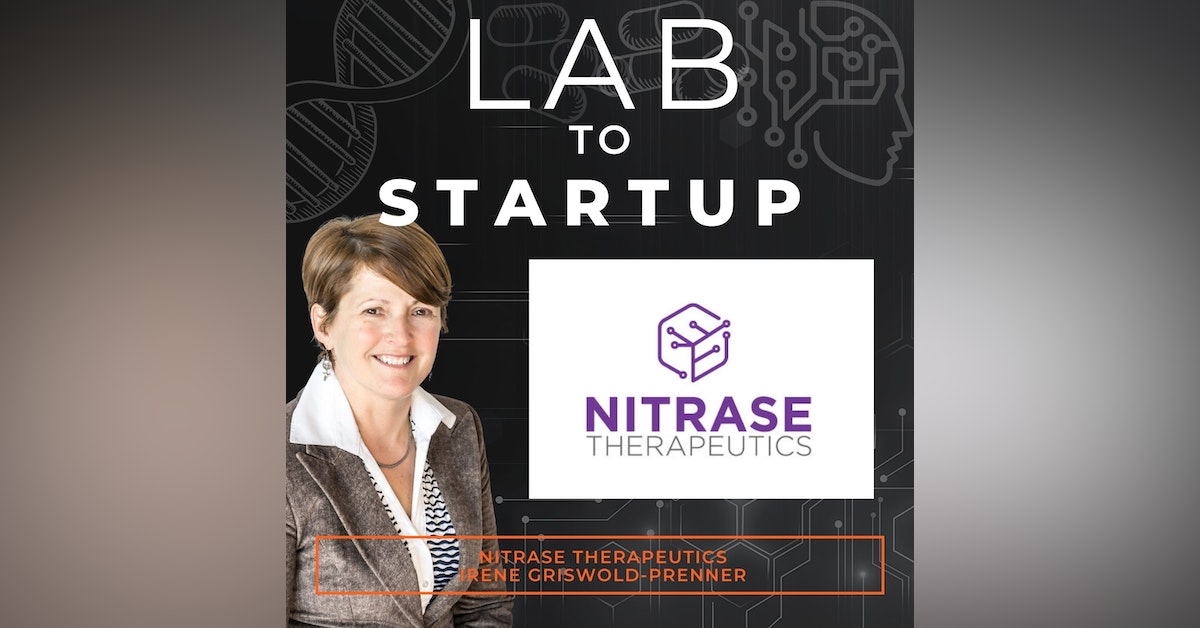 is the founder and CSO of Nitrase Therapeutics, a biopharmaceutical company deploying its unique NITROME platform to unlock the therapeutic potential of nitrases, a new class of enzymes discovered in-house that offer the promise of a pipeline of...

Irene Griswold-Prenner, Ph.D., is the founder and CSO of Nitrase Therapeutics, a biopharmaceutical company deploying its unique NITROME platform to unlock the therapeutic potential of nitrases, a new class of enzymes discovered in-house that offer the promise of a pipeline of therapies against a broad variety of diseases. Their breakthrough discovery of the enzymatic nature of protein nitration by nitrases, as well as our understanding of their exquisitely selective and specific mechanism of action, enables the identification of novel and differentiated small molecule drugs that target the core biologic processes of many diseases, starting with Parkinson’s Disease.

We talk about the origin of Nitrase Therapeutics, unique insights that led to founding the startup, breakthrough discovery, past experiences, funding, teams that helped build successful ventures, latest Series A funds raised and lessons learnt in her journey as a scientist and entrepreneur.

Unique insight: Nitration, the addition of a nitro group to proteins was considered as just another chemical reaction. Irene from her own research long ago believed that the nitration is actually an enzyme mediated reaction and the startup idea was to identify the enzyme. responsible for nitration and drug it for therapeutic benefit.  It was just an idea, a hypothesis that originated 18 years ago (2002), which gave her sleepless nights over the years that ultimately led to launching Nitrase Therapeutics in 2017.

- Trained as an oncologist but brought in Athena and then to Elan pharmaceuticals to study signals transductions that were going haywire in Parkinson's disease.
- Came across nitration and worked on a side project at Elan pharmaceuticals
- There will be naysayers and so did Irene, who talks about her coping mechanism and how the idea survived and got funded.
- Program Lead for iPierian's R&D Tau Program acquired by BMS for up to $725 million.
- Elan was sold to Perigo, from whom Irene and her partners were able to license and start Imago pharmaceuticals
- How does one approach a company to ask if you can license their preclinical programs that were about to be discontinued?
- Lessons learnt from working at pharma and biotech companies, and starting your own company
- Had a blast working with two other female co-founders
- San Francisco Bay Area still has the best people to work with-scientists or otherwise.
- Used to do everything from payroll to ordering at Imago. Moved to Trinet at Nitrase
- Seed money came from Caspar, Wyoming, in spite of having VC connections in her previous life (contacted about 40-50 VCs, who expressed interest but gave no money).
- Money came from non-biotech investors in the middle of Wyoming, because they believed in Irene and the idea
- Fund raising had very clear milestones
- It took 8 months of grueling work to identify the first nitrase- an idea translated to reality!
- Every gene in the human genome has been discovered but we are yet to grasp their functions completely- far from it. Experts behave as if they do know it all!
- Recruited the first team two members: One had the best hands in experimental techniques and the other that helped with protein purifications
- Raised Series A of $45M
- Brought in investors that could help Irene
- Clear from the beginning that she was going to bring in an external CEO when the time was right. It was important that the company does well.
- Naysayers probably thought- "How did you come up with the idea if I couldn't". Just show the data and don't bother too much