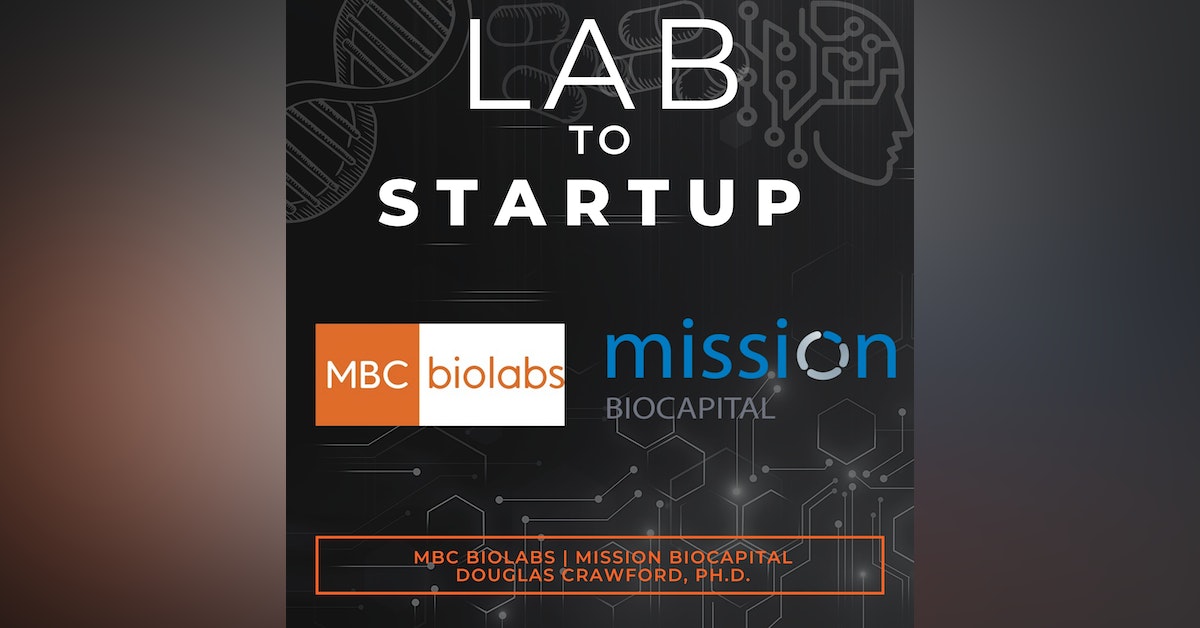 Douglas Crawford, Ph.D., is the General Manager of MBC Biolabs, Managing Partner of Mission BioCapital, a VC fund investing in life sciences startups at the seed and Series A stages. We talk about the facilities that help scientists at MBC Biolabs,...

Douglas Crawford, Ph.D., is the General Manager of MBC Biolabs, Managing Partner of Mission BioCapital, a VC fund investing in life sciences startups at the seed and Series A stages. We talk about the facilities that help scientists at MBC Biolabs, how to get accepted to the labs, partners, golden tickets and stories of startups; funding hypothesis, the impact, and investment criteria to get funded.

- Started with a realization that nothing that is discovered in a lab at a university by itself cannot benefit a patient without a company in between.

- Startups are the most efficient engines to turn an idea into something very practical and useful for society.

- Experiment: If we provide a Minimum Viable Space to a scientist, could they do something catalytic to their idea or project?

- In the mid 2000's, 100% of VCs in the Silicon Valley said that it is a terrible idea to start a life sciences incubator. They said a biotech incubator will be like an ICU for startups.

- The startups that incubated at MBC Biolabs (since 2013) raised over $10 Billion, brought 54 programs to the clinic, 13 approved diagnostics, and 71 products to market.

- Selection criteria to get accepted to MBC Biolabs.

- If a scientist was lucky to be funded by a VC in the mid 2000's, she/he would have spent about 6-12 months getting their lab up and running, which was fixed by incubators like MBC Biolabs.

- Incubators give an opportunity for scientists to prove themselves.

- Origin story of Mission Bay Capital- How Jack Wadsworth, Honorary Chairman of Morgan Stanley Asia and Advisory Director of Morgan Stanley globally. encouraged them to raise a fund to invest in startups Doug and his team were incubating. The fund evolved into Mission Bio Capital.

- How they look at risks and insights, and how they invest.

- Nitrase Therapeutics- Irene Griswold-Prenner. Story of how a whole new class of enzymes were identified

- Areas of interest for investment.

- Thoughts on ways the investment funds need to change.